NAIRO is the professional national association for Independent Reviewing Officers (IROs).  We represent the interests of IROs and the significance of their duties for children who are looked after by Local Authorities.

We raise awareness of the legal duties and role of IROs through:

There are about 75,000 children in care in England and Wales. Each of them has a care plan, which must be reviewed on a periodic basis by an independent person. That independent person is an Independent Reviewing Officer (IRO). The IRO must scrutinise the local authority’s care plan for the child and listen carefully to the views of the child and others about the plan. They must challenge the local authority if they believe the plan is not in the best interests of the child.

IROs clearly have an enormous potential to promote the welfare of children in care.

The primary aim of NAIRO is to improve outcomes for looked after children in England and Wales by maximising the positive impact of the reviewing process. The ways that we will do this will include:

NAIRO is a Charitable Incorporated Organisation that registered with the Charity Commission on 19th November 2014. Charity No: 1159275

To find out more about becoming a Trustee of NAIRO or helping the work of the organisation in any please contact us. 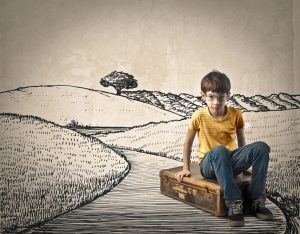